What we do in the Four-Year Old program

The four-year-old program focuses on hands-on learning through purposeful play in centers such as dramatic play, blocks, the art table and easel, puzzles, manipulatives, library area, and tactile experiences. Readiness skills and concepts in all subject areas are also worked on during teacher-directed group time. Our school for young children curriculum follows a letter of the week approach and lessons and activities are planned around the letter being introduced. Four-year olds learn skills in the following areas: 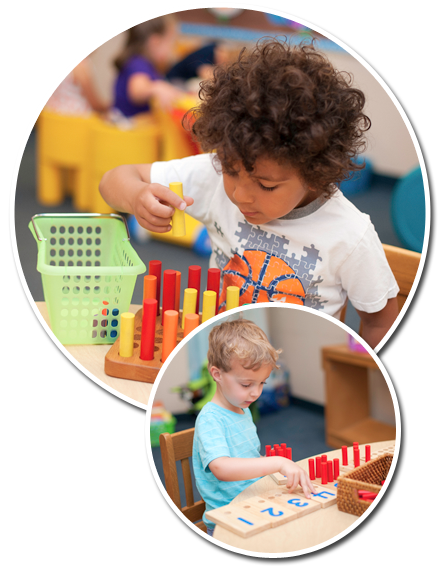 Themes explored in the four-year-old class may include, but are not limited to: seasons, weather, holidays, family, friends, fire safety, dinosaurs, transportation, ocean animals, space, reptiles, insects, and seeds/plants. Field trips have included the C. Burr Artz Library for story time, Fountain Rock Nature Center, and the local fire station, as well as a visit from the traveling planetarium.

Click here to register your child. We look forward to welcoming your family to Wee Folk School!

We invite you to visit us and learn more about our Lutheran preschool programs, curriculum, and teachers! Please give us a call at 301-663-5117 or complete the form on the Contact page to schedule a tour. We look forward to meeting you and your child!

Hello! My name is Caroline Horn, and I was first introduced to the Wee Folk School as a parent when my son was enrolled in the T-5 class. After a wonderful year getting to know the school and its teachers, I had the opportunity to become a staff member myself. I have been teaching both of the 2's classes since 2022. Although my degree and work experience are in business and marketing, I get so much joy from teaching and working with children. Nothing makes me happier than to see a child smile and feel like I'm making a positive impact on their life. Outside of school, you can find me practicing photography, dancing at Zumba class, and chasing around my son and golden retriever.